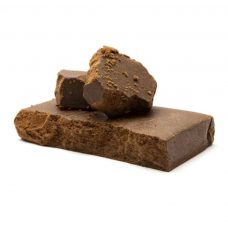 If you want to smoke hash for the first time or smoke hash for the 100th time. Looking for a convenient way to start to buy hash online? Look no further than Goldbuds. You can browse our hash inventory on our online dispensary and pick from an array of high quality Afghani and Moroccan hash of AAAAA and AAAA grade.Hash Online buying has never been easier. The following guide will help you get started with the online hash shopping process as well as the different types of marijuana products available to you. Discover how hashish works for you and how you can use it in your hashish routine and get free shipping for all orders over $150. 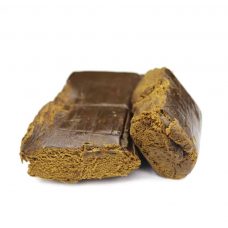 Knowing what hash is and how hash is made and how it is related to cannabis and what makes it different from other marijuana products is important before you decide to buy hash online.

A hash extract, commonly referred to as hash, is a cannabis concentrate made from the resin of cannabis plants. The cannabis plant is split off from its flowers by separating its resin glands called trichomes. This is when the most concentrated amounts of cannabinoids and terpenes are found inside trichomes, which are the compounds responsible for marijuana’s unique features and characteristics. The high concentrations of cannabinoids and terpenes in hash online make it particularly potent for cannabis users whose experiences are potent and medicinal.

The History Of Hash

When you know how hash online is created, you will appreciate its luxury even more. An Arabic word called Hashish, which means grass, comes from plant roots.

Hash is likely to be used both religiously and medicinally in northern India. Many believe the original method of of how hash is made is resin collection of which is used today to extract hash is well before 800 ad, though the earliest documentation of hash’s existence dates from about 800 ad. In the early 10th century, it has been documented that hash was introduced into the Arabian Peninsula.

To gain popularity in the western world including British Columbia. As a result of this, hash is introduced substantially to European countries, leading to considerable refinement and incorporation into drugs. It has become more and more common for cannabis extraction methods to gain popularity online in Canada. Cannabis concentrates is generally known as recreational as well as medicinal cannabis concentrates.

Histories Of The Creation Of Hash

Historically, hash is made in Middle Eastern countries has been made from Cannabis indica plants grown in the respective countries. Hash has been created in many different ways during the nearly one thousand years since its documented use.

In its most primitive and unrefined form, finger hashes result in a form sometimes referred to as “hash.” The sticky pressed, THC-rich kief on the flowers of cannabis plants are removed by rubbing them with human fingers to create this type of hash.

In order to collect a very pure form of kief, the hands are then rubbed together and the sticky residue is removed. It is still made today by rolling fingers into balls, and should be familiar to most cannabis growers and trimmers for hash in Canada.

During the trimming process, premium cannabis resin collects rapidly on hands and scissors. In pure form, it can be consumed in place of dried flowers or as a delicious bowl topper.

The creation of hashish in Afghanistan has also long been done by mechanical means. By using historical mechanical means, "dry sieve" cannabis is created by pushing dried flowers through a screen or through tumblers in order to remove their trichomes. In a process similar to that used to create modern rosin from cannabis flowers, the powder produced in this process is referred to as "kief"-and is still called that today in modern American cannabis markets.

Moroccan Hash and Lebanese hash in a similar way to Afghanistan, but without the addition of heat. To make it hash is often the moistened compressed the product from Afghanistan with water and heat it before manually rolling in balls. A very pure form of hashish is created with this ancient method of hash creation that is time-consuming and tedious.

There are several colours of foreign hash Lebanese hash, afghani hash and moroccan hash, Mercedes Hash products from black and red to yellow (aka blond hash) which create a great quality of 5.00 out of 5 quality hash. Different colours may result from various factors, including the creation methods and storage methods, as well as the material used to package and transport them, which has led to a number of names, such as "Lebanese red hash" and "Afghan blond hash." 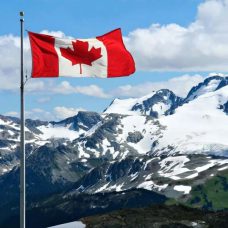 When you decide to buy hash online from a Canada retailer you should know that not all hash products are the same. Based on how the hash is calculated, there are numerous different hashes available. 80% THC is available in bubble hash. It is extracted with ice water. In Lebanese hash, the resin is separated from the plants through the drying process.

As with Afghani Hash, the trichomes are separated via water or tea in the production of Afghani Royal Hash. Handmade Charas Hash is usually a ball or cylindrical shape and is made by hand. Compared to other varieties, Moroccan Hash has a milder flavour and effect, so it is softer and pleasant to smoke.

How To Smoke Hash

Hash in Canada has been a staple of the cannabis market ever since the day one, afghani hash remains one of the fastest growing forms of cannabis concentrate. A weed lover’s favoured choice for a stronger alternative to a flower is traditionally known as hash, which has a dark and dense appearance which can be bought by online Canada retailers.

How To Smoke Hash Part 2 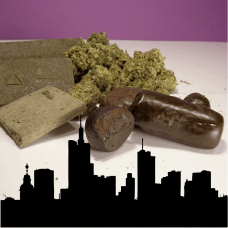 We advise mixing your hash with a few dry herbs if you are planning on smoking it in a joint. Due to the fact that hash burns poorly and may not get you the same effects.

The last step is to roll the joint a little less full and add some hash crumbled by heating it. Once smoked, you can sit back and enjoy. As soon as you touch the weed, you will start feeling high THC effects, which will be the hash kick-in.

Likewise, you can also smoke hash from a bowl, because you generally fill the bowl with weed or tobacco first and then dust with hash. The weed and hash effects come from combining their enhanced effects. Light your bowl, inhale, and begin enjoying them. 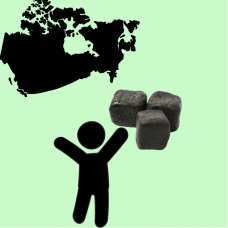 Online stores not only give you a lot of flexibility, but also provide you with knowledge about your product and making it easy to buy hash online Canada.

We make your shopping experience as easy, enjoyable, and educational as possible for all your weed online needs. To buy hash online, you can buy it at Goldbuds.

The name of this cannabis concentrate provides an indication of the potency and popularity of Hash Oil. Many claim that it’s the most fun bubble hash ever.

The answer is hash is so versatile, it can be smoked, vaporized, eaten, or even rubbed on a sore muscle. Regardless of how much you take, you always get high.

A high like this is also simply unforgettable. Compared to regular, dried cannabis flowers, Hash oil has significantly higher concentrations of THC and terpenes. This might be why a lot of people are using and buying it because they want something stronger.

Bubble Hash: How To Make It

This potent form of cannabis concentrate bubble hash contains high-quality trichomes that have been separated from a dried cannabis flower.

Most of the popularity of hash comes from the fact that it is highly potent, and in addition, does not require any chemical processing to make it.

After you have everything you need, set up a work station near your sink area. Line the bottom of the micron bag with ice, and place the bag in the bucket. Cover the buds with another layer of ice and then put the bad with the cannabis flower or hash buds trim which is popular in British Columbia.

In the bag, add enough water to make the ice in the top float. When you have mixed it well using your stainless steel spoon and hand mixer, you will have to let it sit for about 20 minutes.

Then, you’ll need to strain out the water and let it sit for another ten minutes. Make sure the water seeps into the bubble bags when the bag is lifted. Remove all the lovely green and olive coloured resin using a smaller spoon or a credit card using the bubble bag placed in the second bucket.