You are in the right place if you want to buy shatter and find potent concentrates and want to find the best shatter online in Canada with free shipping over $150. From one gram to eight ounces, we offer shatter. Because of our local producers in BC, we are able to offer shatters at the best price on the market to the most discerning smokers. Online shopping for shatter is now open!

In terms of looks, shatter online Canada looks like an amber coloured glass of BHO Butane hash oil solidified. Shatter has one of the highest levels of THC on the market, up to 90% making it the most potent concentrate you can get and making it a 5.00 out of 5.

In our collection of marijuana shatter, you will find Bruce Banner, Lemon Cake, Pineapple Express, and many other popular strains. You should try your favourite strain shatter, Often around 20.00 to 30.00 per gram. 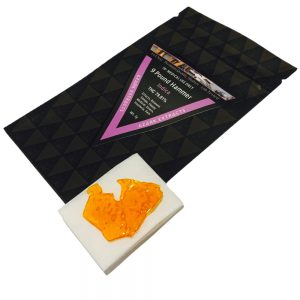 The purest and cleanest kind of extract is the best kind of shatter online Canada you can find when you decide to buy shatter online and look through the different types of categories, Which is transparent like amber glass. Shatter is one of the most beautiful marijuana products on the market today, and it is also called shatter weed, shatter wax, or marijuana extract.

Consumers use a water pipe or a vape pen to dab or vaporize it, like other marijuana extracts. As a smokeless and efficient way to consume marijuana, it can contain as much percent as 90 THC.

How does Shatter work? It combines the potency of two of the most popular marijuana forms, namely flower and shatter, with an average THC content of 85-95%. In addition to its amber appearance and brittle texture, shatter weed concentrate also has a glass-like appearance and is sometimes referred to as “shatter weed.”. As one of the most common weed concentrates on the Canadian market, This offers a variety of benefits and can be very beneficial for medical purposes. 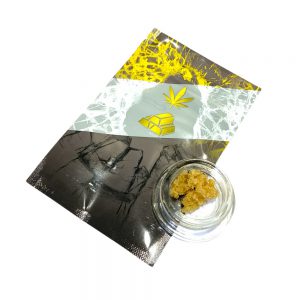 How Is Shatter Made?

From flower to trim, you can produce it from almost any cannabis material. During production, a process that includes heat and compression is used to separate desired cannabinoids from raw cannabis. A vacuum is then used to remove any unwanted plant materials.

Most commonly, though, butane hash oil (BHO) is used for the extraction of shatter. Other cannabis concentrates are usually vaporized with carbon dioxide (CO2), as this removes moisture from the plant matter and causes shatter to lose its characteristic texture depending on quality it can range from 4.00 out of 5 to 5.00 out of 5 quality.

Shatter takes how long to purge?

In order to achieve shatter’s characteristic glass-like appearance, incredibly low temperatures and pressure are used in its purging process. A pressure of -29 inches of mercury prevails, with temperatures ranging from 86 to 100 degrees Fahrenheit (29 to 37 degrees Celsius). Purging can take up to 24 hours.

Compared to other concentrates, how is shatter different?

The creation of shatter follows an identical production process to other extracts, despite the varying textures, consistency, and colours very different from extraction of CBD.

Shatter is often regarded as the purest and highest form of cannabis concentrate, at least in part due to its shimmery appearance.

Shatter may not turn out as desired if specific elements are mishandled during production, for example during extraction and vacuum purging. Translucency of shatter can be compromised even by poor storage. There are other factors that can affect shatter production as well. 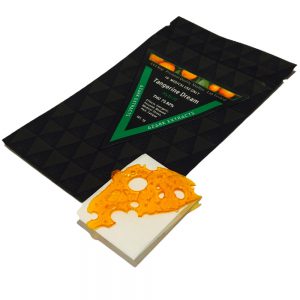 Just search Goldbuds online dispensary and add the products in the cart when you buy shatter online, Then order and enjoy. In the absence of the easy snap-off or brittle texture of shatter, high temperatures, residual solvents, agitation, or moisture from the starting cannabis material can lead to a budder instead of the completed concentrated product. The original cannabis material’s potency and cannabinoid content are the only factors that lead to a high-quality concentrate.

Shatter is a popular concentrate among dabbers because of its high potency and the fact that it is easy to transport and use a concentrate that is stable and can be used with a single dab.